An airstrike in Somalia that the US said had targeted al-Shabab actually killed 10 members of an allied local militia, US media report, quoting an unpublished Pentagon investigation.

The US says it carried out the September strike to protect Puntland forces who came under fire during an operation against al-Shabab militants.
The strike sparked anti-American protests among local communities.
The Somali army said the dead were civilians and Galmudug regional forces.
The US provides military support to Somalia in its fight against al-Shabab, an al-Qaeda affiliate, which is waging an armed insurgency in the country.
After the strike, officials in Galmadug accused rivals authorities in Puntland of feeding the US military false intelligence to trick them into launching the strike that killed its soldiers.
Puntland and Galmadug, both semi-autonomous regions, have been fighting each other for decades over territorial disputes.

The US has denied that any civilians were killed in the attack.
“If we had known who they were, we would have done everything we could to prevent it,” an unnamed US military official told the Washington Post, discussing the unpublished report, which has also been seen by Reuters news agency.
Source: bbc.co.uk 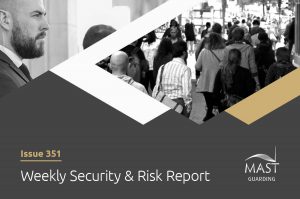 MAST’s weekly security report issue 351 is available to read now. In the UK, a man arrested at Stansted Airport has been charged with 14 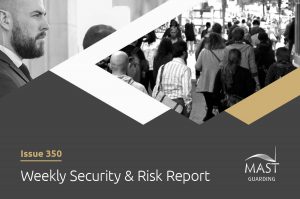 MAST’s weekly security report issue 350 is available to read now. In the UK, police continue to deal with an outbreak of disorder in Leicester, 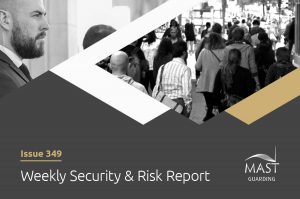 MAST’s weekly security report issue 349 is available to read now. In the UK, the country is preparing for the funeral of HM The Queen,